Covers of ‘Lie Thee Down’ and ‘Hunger’

Open mic night TME covers by Nathan Stephenson and Jordan Norris. a). They are really good and b). these songs are unreleased! Impressive.

"…glockenspiels, pianos, guitars, brass, a carton of bio yoghurt, a small container of sexual tension, quite a lot of facial hair…"

Beachland Ballroom in Cleveland, Ohio
May 21, 2010
(thanks kingofthecastle7)

Interview with Mark and profile page from Slottsfjell

The Middle East from Townsville, Queensland, Australia played its first concerts without the home country during the SXSW festival in Austin last week. The band was one of the major snakkis bands during the festival, and appears to be "this year’s Fleet Foxes" according to bloggers worldwide.

We attended the concert they did on the blog Brooklyn Vegan credible showcase at Club DeVille with a whole bunch of other industry people. A few times a band exceeds your already sky-high expectations, and this was one of those times. A fantastic concert from a band we will hear much more from in 2010.

We are extremely proud to present one of the most talked about new artists for SXSW. Slottsfjell is even among the first to book them over here to Europe and the Beast is the only job they will do in Norway this summer.

You who saw Lydverket on NRK1 Wednesday 24 March was also with you Lydverket Kristin Winsents boast their new favorite band up in the clouds, and jaggu we also got some praise for a good booking.

Mark Myers from Australia’s The Middle East was the first guest in the bed-in’en to A Doll’s House. Debut album to the critically acclaimed band are awarded next year, but first they will run a bit more touring around in his Mercedes.

The band arrives in Slottsfjell speedboat. While other bands were run in the more traditional band buses, their manager had fixed the boat ride on the strong man band consisting of seven multi-instrumentalists.

– One of the guys said earlier today that this had been one of the best 24 hours so far on the tour, which so far has lasted four and a half months, "says Mark. He plays piano, trumpet, keyboards, guitar, percussion and Cruising in the band, which can be described as a mix between folk, pop, post rock, and country.

– So that’s how you have spent the summer on tour?

– Yes, that’s not really summer for us, but winter. So we’ve had a sort of "Endless Summer", you say.
– Tell me something about the tour, it says on their website that you go around in a van?

– Yes, in a Mercedes.
– And you are seven pieces in the car?

– Yes, it’s seven and the driver, no more. No crew. We are enough to get the job done yourself. We’ve probably not afford to have any, hehe …

– Is it the first time in Norway, or?

– No, we played at Garage in Oslo earlier this year. I love Norway, I. People are so nice. Oslo is a Super Fine City. Unlike other big cities, it feels like trees and nature is an integral part of the city. I also like their three extra vowels in the alphabet. The o-one with a line through it. Ooeee.

– Yes, my mother is French, and where they have some similar vowels.
– Your mother is from France, but the band name, The Middle East, how does it come from?

– It means nothing. We sat and watched a documentary on TV about the Middle East, and just took it. The band was originally just a summer project, not meant to last at all. But it’s a cool name because it is difficult to look up info about us on the internet. This means that only fans who will find out. And that again means that the band remains a bit special.

– You are about to release their debut album?

– Yes, now we have only released an EP. We are halfway through the recording process, and we will continue when we return to Australia. So it’ll be released early next year.

– Okay. A Doll’s House’s latest issue is the relationship between music and politics, you have no political or ideological message that you want to convey with their music?

– I think not. Or, I think there’s a message there, but it’s not something I want to emphasize to the press – it makes people find out for yourself!

– How would you describe your music?

– Interest lyric’s lyrics a lot about family and friends. And when it comes to the melodies, we try to make it sound we are looking for us, that is, if we feel like a trumpet, we obtain a trumpet.

– And so a new band member?

– No, rather a new instrument as one of the band members must learn to play. That is why so many of us play instruments, we really can not. It also means that the sound is changing all the time. It’s a Tricky do it there, you can either do well or do poorly. EP we made almost three years ago, so the new material will probably be quite different.

– Last question, like the edge of the bed: If you ever spent a week in a bed with someone, that is purely platonic, who would it be?

– It would probably become my mother. And during the tour, I have a niece and two cousins, so it had been the whole family! 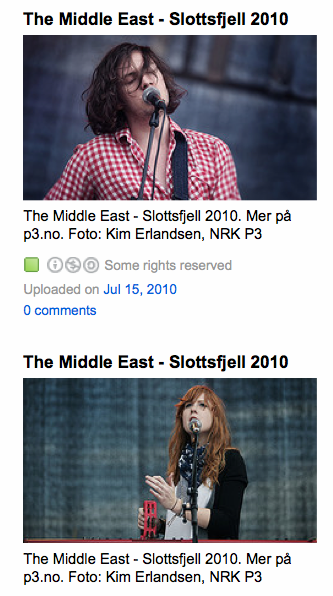 all my thoughts are dead
sunk in the ocean of my head
they kept on crashing
they kept on talking
i can’t remember
much of anything
been eating the pig food
we’re sick to the core
i’m under the influence
i’m under control
my body like coffin
inside, a few dead man’s bones
?

Thanks Chris Gillis for deciphering these tricky lyrics.

Ps, does anyone know the lyrics at the end?

Rohin and Bree with Nick Grimshaw on Radio 1

It’s only up for a limited time so be quick.

I think it went really well. Nice job you guys!

“..as their music is absolutely amazing” 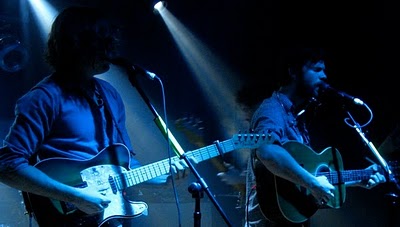 “…many around me were in awe and drew responses like “that was awesome” or “they are really, really good”. They were really good.”